Last Thursday night, I am hunkered down on the couch watching my favorite show, the ABC television medical drama series, Grey’s Anatomy.  I find myself thumbing through tweets during the commercials.  One of them strikes me that said, “This is the ODDEST Greys I’ve ever seen.  WHAT?  All over the place.  WEIRD…” 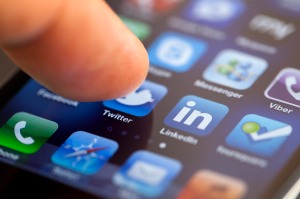 The voice in my head booms back in an annoyed tone saying, “YEP, you are right, it is all over the place and weird.  That’s what GRIEF is – obviously you don’t get it!”  Even though this may be an unfair judgment of my Twitter friend, I can’t help but think, “Have you ever loved someone who has died suddenly and traumatically?  What is your experience watching a friend or loved one grieve?”

I am the first to criticize media’s portrayal of death and those grieving afterwards.  You can read my post here related to the popular television series, Downton Abbey, and what I consider their inaccurate representation of what the character Lady Mary Crawley went through after the death of her husband, Matthew.

But I feel Grey’s Anatomy captured some of the normal emotions and reactions to loss among all those affected by the sudden death of one of its main characters, Dr. Derek Shepherd, also known as “McDreamy” and the husband of the show’s leading character, Dr. Meredith Grey.  Watch it here and see what you think.

Grey’s Anatomy – How to Save a Life

These are the things I think they got right:  First, the things that mirrored my experience as a young widow:

Their portrayal of what happens to those around the widow, as a result of the loss felt by other family members, friends and co-workers is true to life:

Thank you to the Grey’s Anatomy writers who got it right, and who brought up the taboo subject of death, loss and bereavement.  Maybe by watching this episode, it will educate those who “don’t get it” until it is their turn to experience loss and the grief that comes with it.

DON’T BE SHY – LET ME KNOW WHAT YOU THINK?